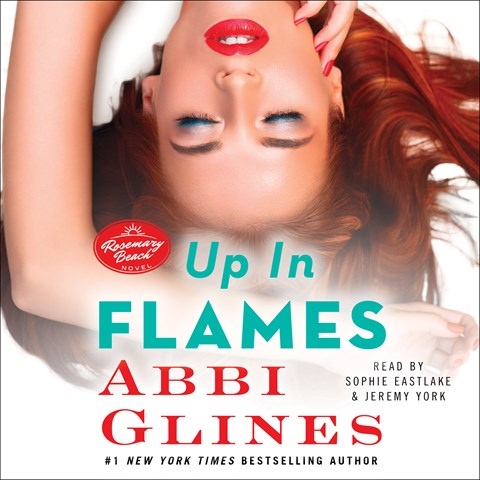 UP IN FLAMES Rosemary Beach, Book 14

Narrator Sophie Eastlake's gravelly voice and Jeremy York's sexy Southern drawl make an interesting contrast in Book 13 of the Rosemary Beach series. Despite the narrators' efforts, however, listeners may find this disjointed book off-putting. Its characters are unlikable and its plot half-baked, with neither sufficient continuity to previous books nor a real stand-alone storyline. The featured major characters, Nan, Major, and Cope/Gannon, simply repulse rather than engage. Despite Eastlake and York's enthusiasm and considerable talents--their ability to act, inject humor and pathos, and perform a variety of accents--they simply cannot overcome the material. A.C.P. © AudioFile 2016, Portland, Maine [Published: SEPTEMBER 2016]