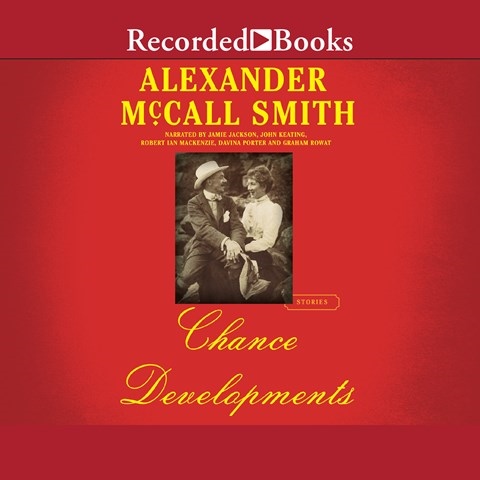 A different narrator performs each of the five stories in this collection, which were inspired by vintage photographs. The opening story, about a Scottish woman's who has left a convent, is performed by Davina Porter with sharp verve that commands attention. Graham Rowat brings youthful energy to the quirkiest story, about a Canadian man who joins the circus and builds a happy life but also develops an unrequited love for a ventriloquist. Robert Ian Mackenzie adds a note of nostalgia to the story of a couple who are separated by war and most of a lifetime. The narrators create a lively, interesting production that explores history as well as immutable aspects of human nature. A.F. © AudioFile 2016, Portland, Maine [Published: NOVEMBER 2016]