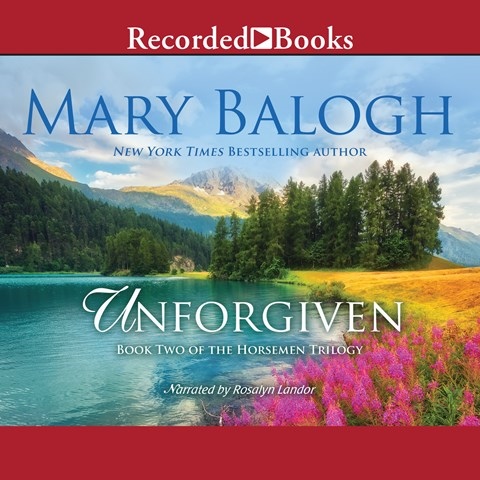 Moira Hayes is shocked to see Kenneth Woodfall return home from the Napoleonic wars. Narrator Rosalyn Landor exposes Moira's stubbornness and confusion in subtle layers as she fights her emotional bond with Kenneth. Kenneth's inner struggle is portrayed with conviction when his intentions to be honorable fail. Unique characters like Sir Edwin are done masterfully. Sir Edwin's unrealistic opinions are amusing and lighten the somber parts of the story. Moira and Kenneth are forced to marry but soon part over a lack of communication. Here Landor shows their pain as they reflect on their regrets. Nonetheless, Kenneth brings Moira to London to experience the season. The depiction of their magical evening at Vauxhall and their reconciliation cements Balogh's romance. S.H. © AudioFile 2016, Portland, Maine [Published: NOVEMBER 2016]