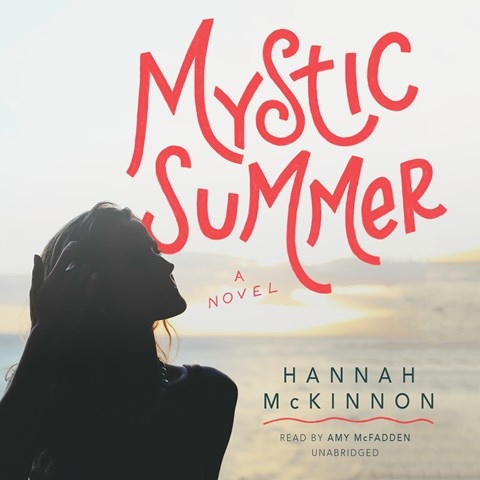 Maggie’s life is picture-perfect. With a career as a teacher at a private school, an actor boyfriend, and an apartment in Boston, she hasn’t looked back at her past—until she goes home for the summer. Amy McFadden narrates from Maggie’s point of view in the light, practical tone of a woman who thinks she has life figured out. Making the story easy to follow, McFadden provides a variety of accents for Maggie’s Boston friends and co-workers, as well as her family back home in Mystic, Connecticut. After Maggie reconnects with an old boyfriend and his complicated life, she becomes less certain of her own direction. McFadden captures her uncertainty as she wavers between the life she thought she wanted and what she left behind. MYSTIC SUMMER captures the magic of summer, and McFadden’s narration is spot-on. E.N. © AudioFile 2016, Portland, Maine [Published: AUGUST 2016]