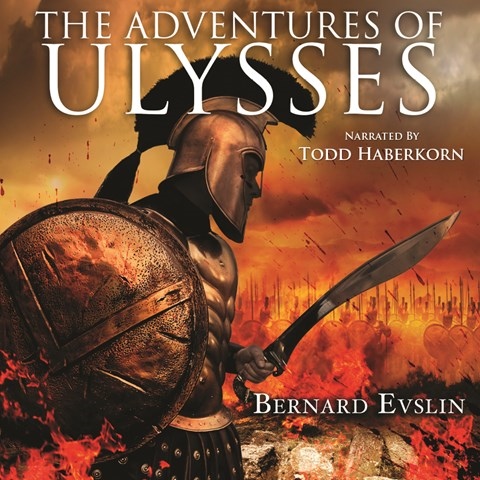 THE ADVENTURES OF ULYSSES

An appealing narration by Todd Haberkorn takes us from the Greek siege of Troy to Ulysses's attempts to return home to Ithaca. Intended for a young adult audience, this version of Ulysses's adventures is full of the kinds of gross, juicy details kids love, including the Cyclops, Polyphemus, snacking on some of Ulysses's men. The contemporary language allows teens to pick up on the sexual innuendo surrounding Circe's and Calypso's Islands. Haberkorn's performance makes every god, goddess, monster, and natural and supernatural force seem determined to prevent Ulysses from returning to his devoted wife, Penelope. While some of the catastrophes are due to the interference of angry gods, in Evslin's retelling, the major disasters result from all- too-human foibles--mostly the crew's ignorance, superstitions, and inability to control themselves. S.J.H. © AudioFile 2017, Portland, Maine [Published: JANUARY 2017]