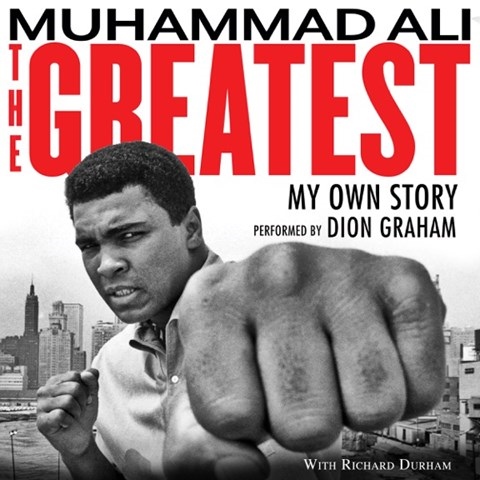 THE GREATEST My Own Story

He was the greatest—and not only because of his boxing skill but also because of his humanitarian work, much of which went unheralded. It's uncanny how much narrator Dion Graham sounds like Ali. He has the same rhythm, inflection, and passion that The Champ had. His voice carries listeners along as we hear about the life of a poor youth in Kentucky who learned that boxing could be a way out. But to achieve it, Ali had to give it everything he had. Graham makes us feel the pain Ali felt, both from the fights and from the world. His braggadocio was his way of getting noticed, making sure that he would get his shot at the title. You'll never see Ali the same after listening to this audiobook. M.S. © AudioFile 2016, Portland, Maine [Published: JULY 2016]