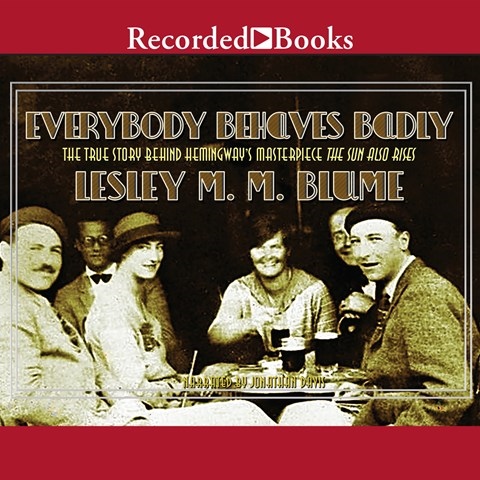 This audiobook tells the story of how Hemingway got the idea for his breakthrough novel--and created the literary persona that would define him for the rest of his life. Narrator Jonathan Davis's deep, authoritative voice fits the material well. In 1925, Hemingway and his compadres found their way to Spain to see the running of the bulls. The bacchanal that followed formed the basis of the novel, and the rest is history. Davis reads a bit too slowly, seeming lethargic rather than lively. He also needs to vary his tone more and commit more thoroughly to the character voices he creates. However, Hemingway was seen as the ultimate man's man, and Davis's timbre supports that proposition. R.I.G. © AudioFile 2016, Portland, Maine [Published: AUGUST 2016]