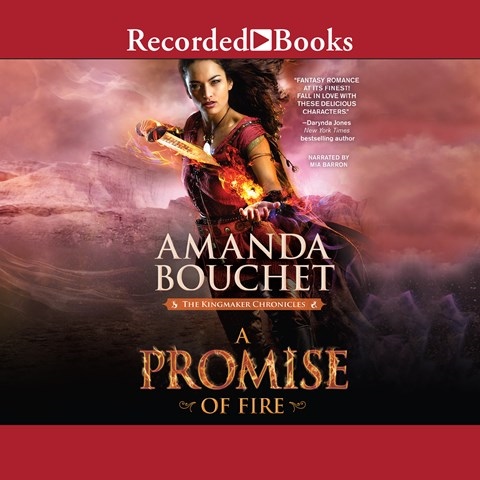 A PROMISE OF FIRE

Cat is in hiding, posing as a soothsayer in a traveling circus. She's managed to stay safe, hidden in more or less plain sight, for eight years. But then Griffin, the Beta Sinta warlord, shows up and ruins everything. Cat's personality shines in Mia Barron's narration: She sounds prickly yet vulnerable, and fully believable in her complexity. Some of the other characters, however, are less fully developed and suffer from inconsistent characterization. When Griffin kidnaps Cat and brings her to Sinta City, she's drawn back into the world of court intrigue she thought she'd left behind. While the story appears to be set in ancient Greece, there are occasional uses of contemporary phrases that are jarring. First in a new series. K.M.P. © AudioFile 2016, Portland, Maine [Published: OCTOBER 2016]