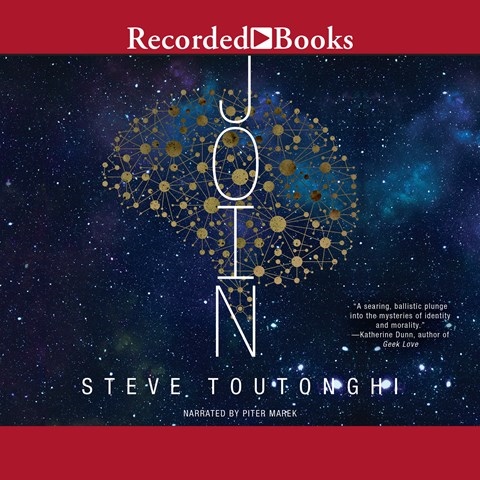 Narrator Piter Marek helps listeners keep track of multiple characters in a novel about a future in which people can join minds into a single unit, while still maintaining a measure of autonomy. If that sounds confusing, it is. Even Marek's steady performance cannot dispel the somewhat perplexing storyline, which starts out confusingly but becomes easier to follow as the audiobook goes on. The problem Marek faces is trying to give personalities to the multiple bodies and minds that are, in many ways, the same person. He manages to imbue the villain of the piece, who apparently just enjoys killing, with a smarmy personality, making him the kind of person you want to punch in the face. Or faces, in this case. M.S. © AudioFile 2016, Portland, Maine [Published: NOVEMBER 2016]