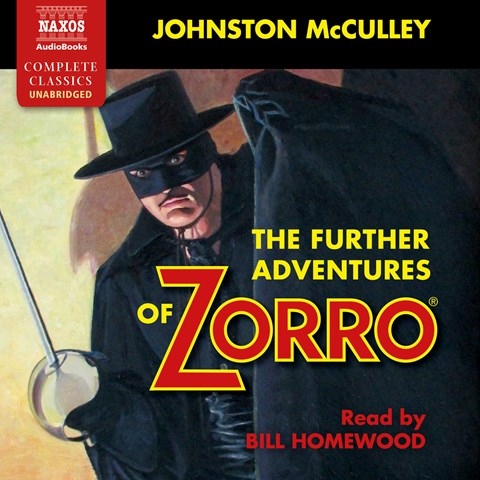 Don Diego Vega is expecting to settle down to the "peace and quiet" of married life. On the eve of his wedding, though, the pirate Barbados and his crew raid Los Angeles--and kidnap Don Diego's bride-to-be. Narrator Bill Homewood milks the melodrama as Zorro puts on the mask one more time to face the self-described pirate and the corrupt authority of Captain Ramon. Homewood's fast pace keeps Zorro cheating death, and keeps the listener's pulse racing. It's no surprise that the dialogue, at times, is clichéd, with Barbados taunting Zorro and his caballero companions. Ramon gets an especially slimy voice as he covets Don Diego's bride. Listeners will have heard it all before, but it's read with zest. J.A.S. © AudioFile 2016, Portland, Maine [Published: SEPTEMBER 2016]