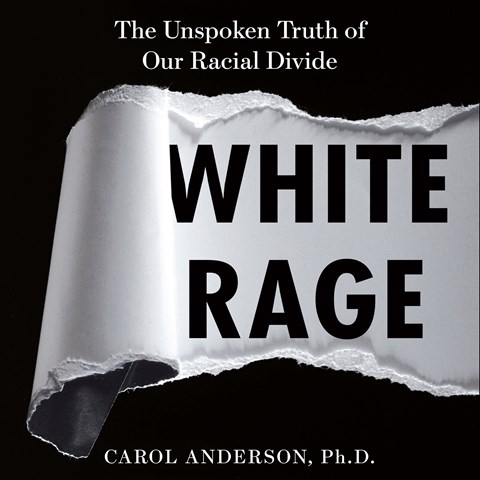 WHITE RAGE The Unspoken Truth of Our Racial Divide

Narrator Pamela Gibson perfectly conveys the insightful research and writing in this book about civil rights in the U.S. by an Emory University historian. Anderson contends that when African-Americans make even the slightest progress, a subtle, almost invisible, white rage in the form of opposition reverses what little progress has been made. An example is the current suppression of black votes under the guise of voter fraud prevention. Gibson's delivery registers rage and compassion where appropriate. No one--from Lincoln to Trump--escapes criticism. Hard truths and supporting citations are clearly stated, leaving no confusion for listeners. Also, Gibson ably presents Anderson's unexpected humor, for example, when she talks about the current paralysis of the U.S. Senate. S.G.B. © AudioFile 2017, Portland, Maine [Published: FEBRUARY 2017]