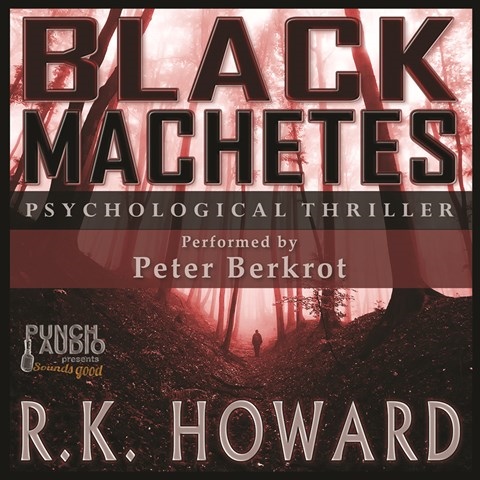 Peter Berkrot's voice is a combination of sandpaper and gravel, fittingly gritty to suit both these characters and their desperate story. Howard's thriller features one of the most loathsome entries in the category of evil personified. Wayne is a sociopath who inflicts torture on his family and abductees. The listener is taken to dark places as Ben Wilder experiences his "unspeakable acts" before fleeing, leaving childhood friends behind. Berkrot's performance is nuanced as Ben establishes a new life, attempting redemption. However, the past can be kept at bay for only so long, and listeners are taken on a ride towards a harrowing conclusion. BLACK MACHETES isn't casual listening, but as a thriller, it's rewarding. S.P.C. © AudioFile 2016, Portland, Maine [Published: SEPTEMBER 2016]