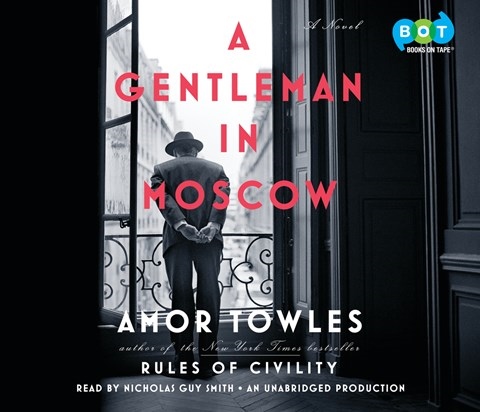 A GENTLEMAN IN MOSCOW

Nothing demonstrates the pleasures of audiobook listening better than a fine novel narrated with sensitivity and understanding. Amor Towles's second novel covers 40 years of Soviet history from the perspective of a genteel count--a "former person" in Communist orthodoxy--who is sentenced to house arrest in Moscow's famous Metropol Hotel. A gifted narrator, Nicholas Guy Smith captures scene and character with expressive shadings of voice and tone--a master performance that engages the listener from the start and illuminates Towles's telling prose and subtle dialogue. In a season of outstanding novels, this one stands out, and will make the listener eager to turn to Towles's celebrated first novel, RULES OF CIVILITY. D.A.W. Winner of AudioFile Earphones Award © AudioFile 2016, Portland, Maine [Published: SEPTEMBER 2016]