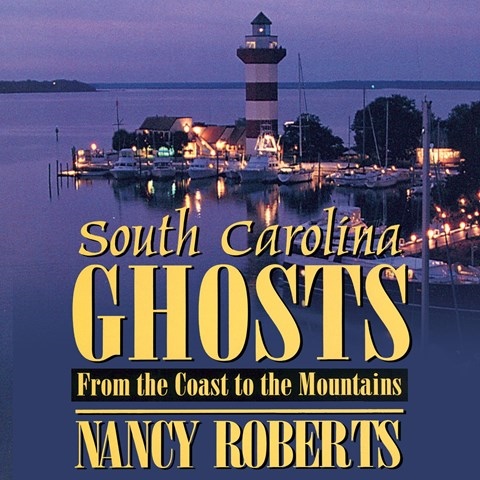 SOUTH CAROLINA GHOSTS From the Coast to the Mountains

Susan Larkin is a convincing narrator of these regional stories, set in the 1800s and 1900s. In "The Ghost Hand," a family learns that their home is haunted when their daughter sees a man in her room. Larkin draws listeners into the tale when she says in a tremulous voice, "I felt someone was watching me. Have you ever felt that way?" "Alice of the Hermitage" is an enchanting story, reminiscent of a fairy tale. Sadness is palpable in Larkin's voice when Alice dies of typhoid and her magnificent ball gown is used for her funeral. After many generations, those who've seen her ghost say she's still beautiful. In "The Blue Lady of Hilton Head," Caroline Frick describes the tranquil beauty of the lighthouse where her father worked until a hurricane occurs. She tries and fails to save him. Caroline haunts the lighthouse, and Larkin warns, "During hurricane season, I wouldn't go near that house". S.G.B. © AudioFile 2017, Portland, Maine [Published: FEBRUARY 2017]