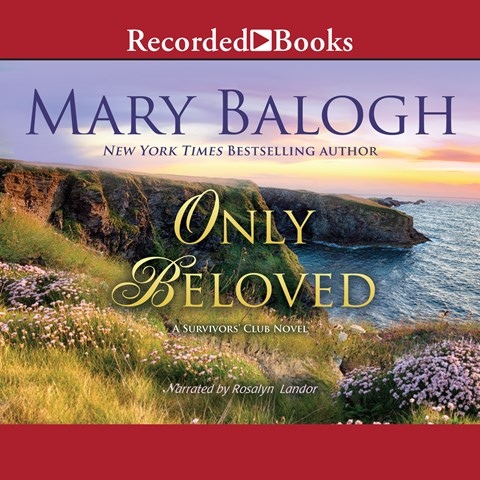 ONLY BELOVED The Survivors' Club, Book 7

The seventh book in Balogh's popular series focuses on George Crabbe, Duke of Stanbrook, founder of the Survivors' Club, and his search for happiness. Rosalyn Landor narrates this quiet but deeply felt love story with a sure touch, focusing on the emotional nuances. George has seen all of his fellow Survivors married off, and to his surprise, realizes that he also desires companionship. To that end, he proposes marriage to Dora Debbins, a spinster music teacher he met exactly once before. After a brief courtship, they marry and embark on a relationship that proves to be fulfilling for both of them. While they encounter occasional difficulties, Landor emphasizes the positive aspects of their life together. A suitable conclusion to the series. K.M.P. © AudioFile 2016, Portland, Maine [Published: SEPTEMBER 2016]