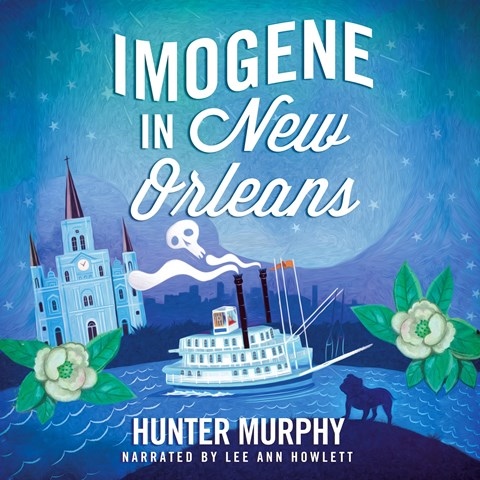 Narrator Lee Ann Howlett does a rousing job portraying glorious New Orleans and its many residents. When 73-year-old Imogene Deal McGregor; her son, Billy; and his partner, Jackson Miller, arrive, they expect some traditional Southern hospitality but instead find their friend, Glenway Gilbert, dead in his studio. Howlett's Imogene is hilarious, reckless, and determined to help solve the murder. Hypochondriac Billy, with his blood pressure cuff and medical satchel that becomes a weapon, is priceless. Boyfriend Miller looks out for both McGregors while trying to decide which of the many suspects is the murderer. Along the way, they meet praline chef Lena Ward, who has the perfect Southern voice, vocabulary, and personality. Listeners will enjoy an eventful tour and will especially enjoy the fun as one suspect is followed in a horse-drawn carriage. S.G.B. © AudioFile 2016, Portland, Maine [Published: NOVEMBER 2016]