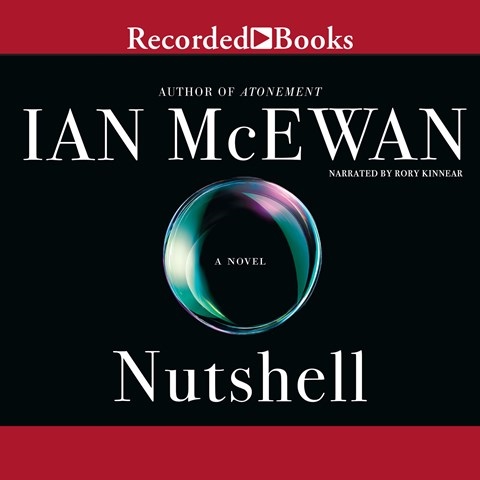 Actor Rory Kinnear, so memorable as King Henry IV in “The Hollow Crown” series, assumes an equal challenge in conveying the sly humor and grim comedy of McEwan’s tour de force. Based on the Hamlet story and told by an unborn fetus, this is a novel of voice and perspective. As the unborn listens to his mother and uncle plot his father’s murder, he offers a commentary that ranges into history and social values, ethics and philosophy. His worried consciousness filters a helter-skelter of broadcasts and conversations and secondhand contacts with the world, and a fearful contemplation of his own impending future. Short, fast-paced, expertly rendered by a voice it seems written for, this is a flawless production, and pure entertainment. D.A.W. Winner of AudioFile Earphones Award © AudioFile 2016, Portland, Maine [Published: SEPTEMBER 2016]