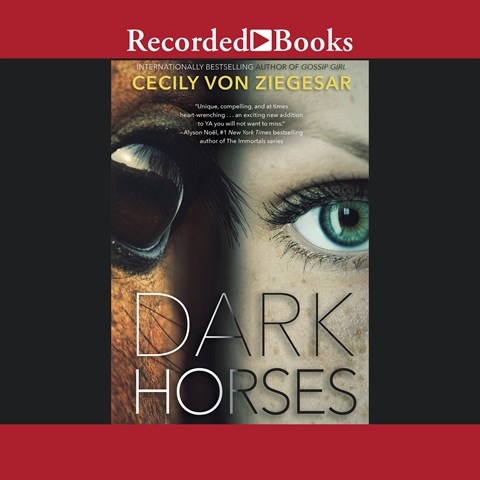 Best known for her Gossip Girls series of teen mysteries, Von Ziegesar's stand-alone audiobook is driven by character and relationships. Merritt, a teen who is a heavy drinker, meets an uncontrollable thoroughbred named Red, and girl and horse change each other significantly. Narrators Sandy Rustin and Luis Moreno use well-chosen voices and pacing as they deliver the characters' alternating points of view. Their performance positively elevates the written text as Rustin's teenager and Moreno's horse--with his delightfully cognizant interior monologues and insights--unfold their singular and connected stories. Listeners who have outgrown BLACK BEAUTY, as well as those with an interest in quirky psychological realism, won't be disappointed. That Moreno doesn't sing the well-placed classic rock songs Red hears on his companion radio is a forgivable bow to copyright necessity. F.M.R.G. © AudioFile 2017, Portland, Maine [Published: JULY 2017]