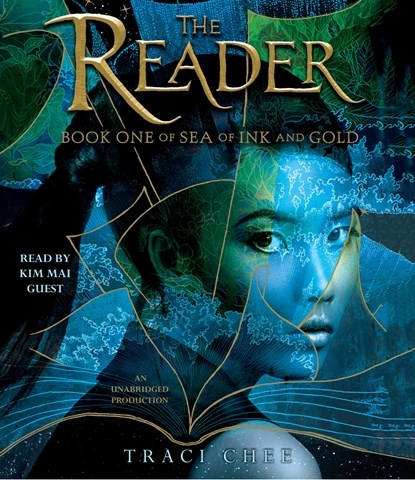 The first in the Sea of Ink and Gold series introduces listeners to the lushly portrayed violent world in which Sefia struggles for survival. Kim Mai Guest's light, young-sounding tone reflects Sefia's youth and graceful athleticism as she fights soldier agents of the rulers who have already left her orphaned. Fully voiced speaking roles for Sefia, the boy she rescues from captivity, her elderly aunt, and the roughneck soldiers and sailors with whom she engages in physical skirmishes and battles of wit are each so evocative that the tale unwinds with almost visual clarity. At the heart of this dystopian story is Sefia's illegal possession of a book, an artifact almost unknown in her culture, and her successful effort to teach herself the means to access its contents. The cliff-hanger ending leaves listeners eager for the next episode. F.M.R.G. © AudioFile 2016, Portland, Maine [Published: OCTOBER 2016]