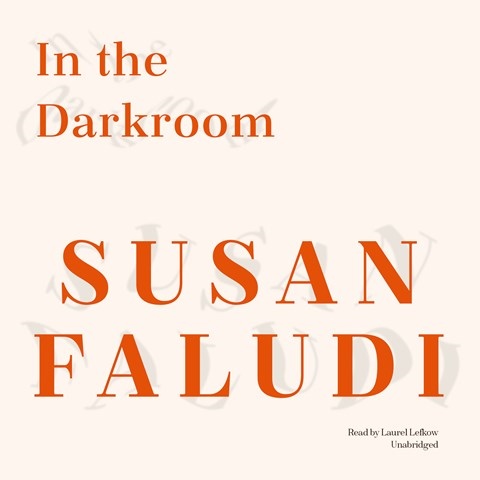 Narrator Laurel Lefkow shines most brightly when recounting the most difficult moments of Susan Faludi's life--her conversations with her father after years of estrangement and the news of his sex reassignment surgery at the age of 76. Lefkow captures moments of fragility and nuance as Susan's father, now Stefi, overshares some information while deliberately avoiding and obscuring other events. Much of Susan's story involves her experience of growing up in a difficult home environment, the child of Holocaust survivors from Hungary. Lefkow ably handles the passages of exposition, giving extensive background on gender identity, anti-Semitism, and the Jewish experience in Europe during WWII. This immersive story about a father and daughter illuminates so much more. A.F. © AudioFile 2016, Portland, Maine [Published: SEPTEMBER 2016]