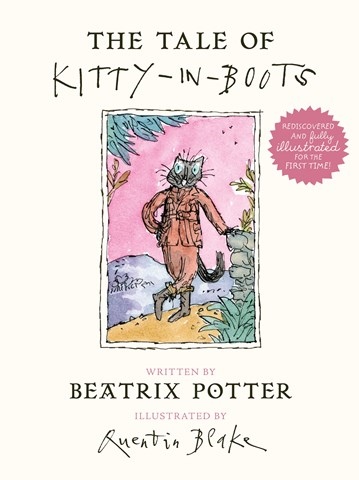 This previously unpublished story by Beatrix Potter, released on the 150th anniversary of her birth, is well served by the wry, unhurried narration of Dame Helen Mirren. Mirren captures all of the subtle humor as Kitty embarks on her nocturnal hunting adventures. Mirren’s rich, melodious voice embodies not only sly Kitty but also the various other characters, including a now grown up, and quite full of himself, Peter Rabbit as well as the charming hedgehog washerwoman, Mrs. Tiggy-Winkle. Fans of Potter’s work will be delighted to have this new, mischievous Kitty to enjoy, either as a stand-alone digital download or paired with the hardcover book, illustrated by Quentin Blake, which includes a CD of the recording. S.G. Winner of AudioFile Earphones Award © AudioFile 2016, Portland, Maine [Published: SEPTEMBER 2016]