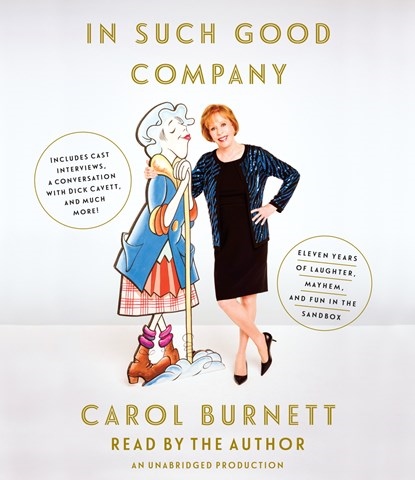 IN SUCH GOOD COMPANY Eleven Years of Laughter, Mayhem, and Fun in the Sandbox

Carol Burnett, a beloved figure in television comedy, offers a warm, touching, and playful romp through the part of her career associated with her highly successful CBS-TV musical variety hour, which premiered in 1967. Burnett’s audio performance is stellar and nearly perfect. She has a special skill for the type of conversational presentation so key to success in audiobooks. However, the production, when considered as a whole, has some weaknesses: Some memories are repetitive, introductions to a variety of guests seem boilerplate in structure, and the verbatim reading of several sketch and parody scripts highlights the difficulty of effectively translating material written for the visual medium to the audio experience. Nonetheless, Burnett’s devotees, as well as aficionados of television history, will be delighted they spent this time together. W.A.G. © AudioFile 2016, Portland, Maine [Published: SEPTEMBER 2016]