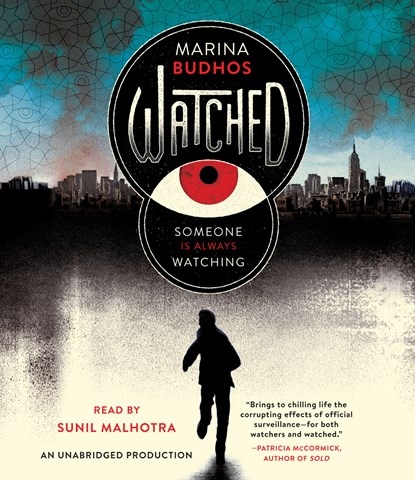 “I’m watched,” begins Sunil Malhotra’s first-person narration. He conveys the paranoia of Naeem, a Bangladeshi-born teen living in post-9/11 Queens. Malhotra fleshes out Naeem’s fear, frustration, and anger. His parents’ store is failing, and his devotion to school is flagging. He finds release from spending time with his eccentric, daring friend, Ibrahim. Malhotra sets the emotional tone so clearly that listeners understand why Naeem takes risks in this dangerous relationship. His innocence is just as clear, especially when he’s apprehended by police for a shoplifting incident engineered by Ibrahim. The threats of the police convince Naeem to become the kind of watcher he has scorned and feared in the past. Once Naeem begins spying on his Muslim neighbors, Malhotra sensitively portrays his increasingly conflicted feelings and difficult decision. S.W. © AudioFile 2016, Portland, Maine [Published: SEPTEMBER 2016]