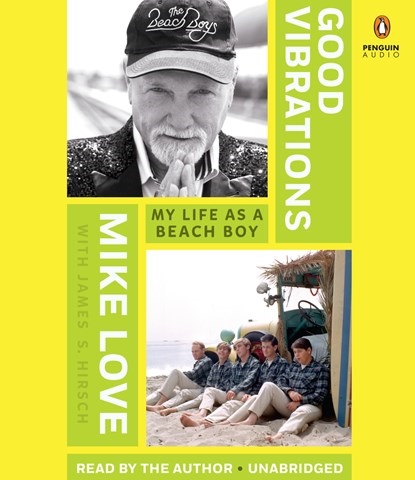 GOOD VIBRATIONS My Life as a Beach Boy

This memoir is a marvelous listening experience of particular interest to Baby Boomers, whose childhood and adolescence coincided with the evolution of the California sound of rock music as epitomized by the Beach Boys. Mike Love was a founding member of the group and cowriter (with Brian Wilson) of many of their hit tunes. While his narration reflects his advancing years, no one else could have provided his authenticity. His delivery is steady, thoughtful, sincere, and occasionally emotional as well. His mellow tone, while quite slow and deliberate, is reminiscent of the idealized laid-back California lifestyle the Beach Boys sang about. Intrigues, facts, and dysfunctional aspects of the Wilson brothers and their cousins, the Loves, as they changed their family history and American music are entertainingly presented. W.A.G. © AudioFile 2016, Portland, Maine [Published: NOVEMBER 2016]