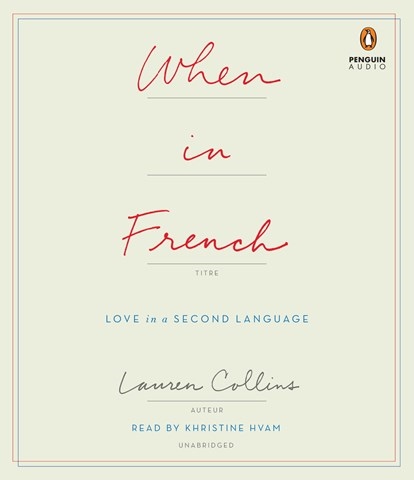 WHEN IN FRENCH Love in a Second Language

The complexity of language and how it's intricately interwoven into the philosophy and history of family and culture is revealed in this audiobook of an American woman who is navigating her relationship with her French husband. Infusing warmth and humor into her narration, Khristine Hvam brings out the range of emotions that the author experiences as she attempts to understand the nuances of languages that cause numerous misunderstandings in her marriage. Hvam's mostly polished French accent reflects a woman who becomes intent on learning French after discovering that language is power. Articulate and heartfelt, Hvam's narration expresses the multifaceted and fascinating aspects of language and how it affects one's identity. M.F. © AudioFile 2016, Portland, Maine [Published: DECEMBER 2016]