Home»Reviews»PERSUASION AND POEMS BY JANE AUSTEN 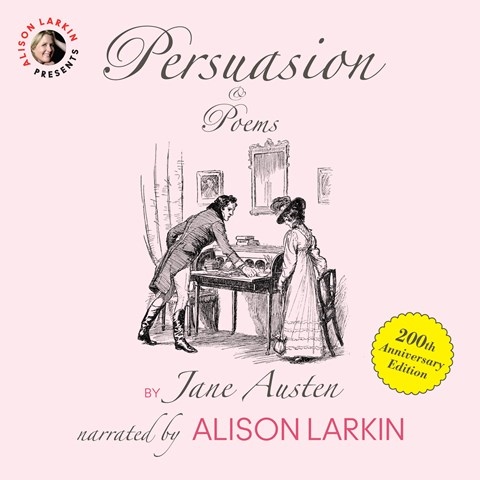 Alison Larkin's lyrical voice celebrates Jane Austen's work in this 200th anniversary audiobook edition. As narrator, Larkin's voice is both commanding and sweet as she portrays the characters in Austen's final completed novel, PERSUASION. She carefully delineates each character as she fluidly moves from the deep tonality of an older gentleman to the high-pitched tones of a temperamental woman. The story echoes a popular genre of the period, but Austen's social commentary on the English class system distinguishes this novel from the rest. Austen's poems are astute and whimsical, and Larkin's voice echoes the author's artistry. E.B. © AudioFile 2017, Portland, Maine [Published: JANUARY 2017]