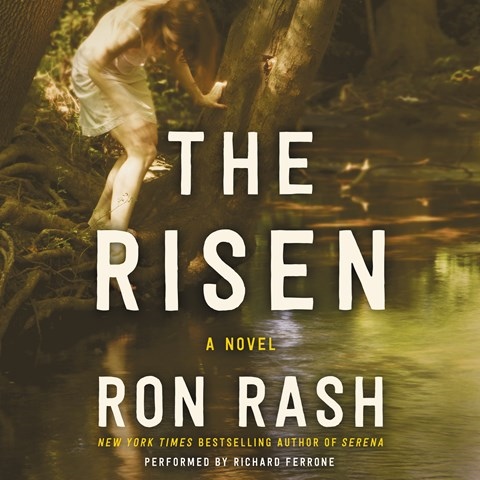 Narrator Richard Ferrone’s gravelly timbre is perfect for this tightly written mystery, set in a North Carolina backwoods. The story is told by Eugene, a once-promising writer in his sixties whose alcoholism doomed his career and family life. As a teenager in 1969, Eugene and his overachieving brother, Bill, fell in with Ligeia, a free-spirited, adventurous girl with whom they both had a relationship. Now, 46 years later, her body is found in a creek bed, leaving Eugene to suspect Bill of her murder. As the story shifts between past and present, Ferrone brings Eugene's character to life with all his anguish, regret, and frustration. Subtle changes in tone during dialogue make it easy to differentiate the brothers as well as the small cast of supporting characters. D.B. Winner of AudioFile Earphones Award © AudioFile 2016, Portland, Maine [Published: NOVEMBER 2016]