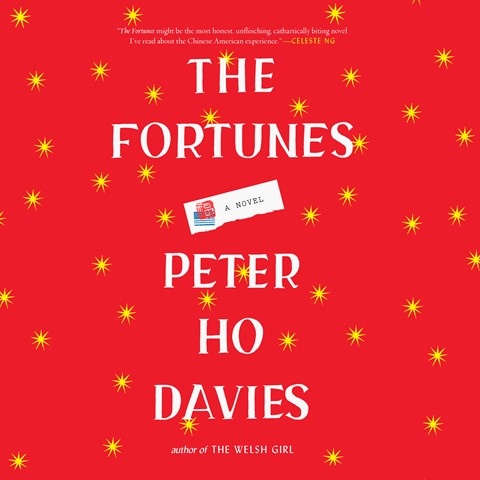 Narrating this novel about the Chinese-American experience, James Chen delivers the characters’ personalities without falling into caricature. His success is especially evident in his respectful rendering of the Pidgin English used by Chinese immigrants in four significant time periods, starting with the building of our nation’s first transcontinental railroad in the 1860s. Besides focusing on immigration issues and prejudice in early Hollywood and 1980s Detroit, the story dramatizes first-generation Chinese-Americans' conflicting desires: meeting their filial duties versus assimilating into Western culture. Chen's understated portrayals help listeners understand that, although circumstances have clearly changed since the mid-1800s, Chinese-American concerns, even in the 21st century, have remained unexpectedly constant. The audiobook provides an interesting perspective on the current immigration debate in America. C.B.L. © AudioFile 2016, Portland, Maine [Published: SEPTEMBER 2016]