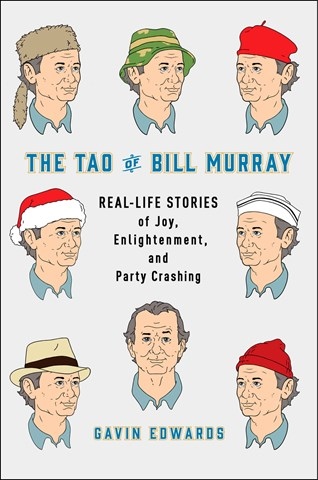 THE TAO OF BILL MURRAY Real-Life Stories of Joy, Enlightenment, and Party Crashing

Edwards's hagiography of Bill Murray will delight most fans and prove interesting to those curious about the work, life, and myths of Murray. From his prose and the tone of his voice as he tells his favorite Murray stories and teases out lessons to be learned by following Murray's philosophy, it's clear that Edwards has a deep admiration for the actor. Where the narration doesn't work as well is in Edwards's delivery of Murray's lines, particularly when quoting from Murray's movies. Edwards doesn't have the narrating skill to capture Murray's timbre without sounding forced. Therefore, precious lines fall flat, especially for the listener unfamiliar with the particular film being discussed. Nonetheless, Edwards's great admiration for his subject makes listening to this audiobook enjoyable L.E. © AudioFile 2016, Portland, Maine [Published: SEPTEMBER 2016]