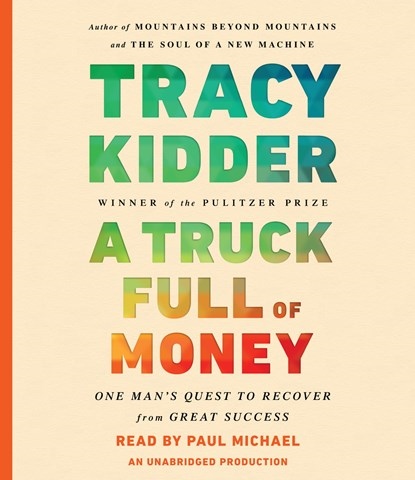 A TRUCK FULL OF MONEY

If you've ever used Kayak.com for your travel plans, then you've, at least indirectly, come into contact with Paul English, the fascinating subject of this audiobook. He's a familiar type these days--a person with contrarian impulses (and bipolar disorder) who thinks perfectly when it comes to the new world of the Internet and computers. Narrator Paul Michael's deep, homey voice is comforting and easy to listen to as Kidder examines the phenomena of English and the Internet's influence on contemporary culture. He meanders through the audiobook, rather than straightforwardly attacking the text, and that is both a blessing and a curse. On one hand, Michael's reading makes the book seem a bit slow and unfocused; on the other hand, it matches the tone of the book. R.I.G. © AudioFile 2016, Portland, Maine [Published: OCTOBER 2016]