Home»Reviews»LIFE AS JAMIE KNOWS IT 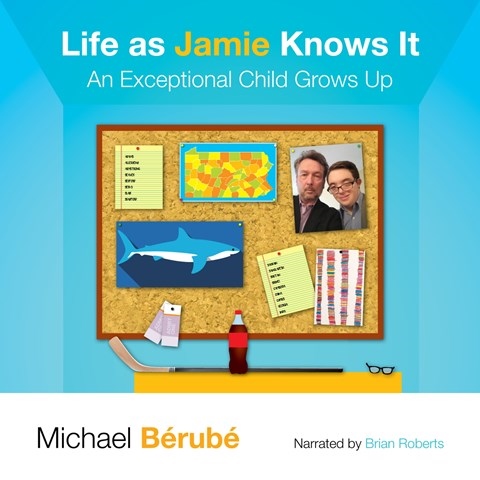 LIFE AS JAMIE KNOWS IT An Exceptional Child Grows Up

Michael Berube's son, Jamie, has Down syndrome. Berube wrote about Jamie earlier, and now he's catching listeners up to his son's adult life. Narrator Brian Roberts gives listeners a sense of the author's bemusement and admiration as he tells anecdotes about Jamie's Special Olympics competitiveness and his many road trips. Berube's narrative is occasionally humorous, and Roberts always lets his warmth shine through. When the story deals with issues such as abortion or education for special needs students, Roberts at times takes on a harsh tone. Berube's anecdotes build a mental picture of his son's life for listeners. At the same time, they create a picture of a loving father who works hard to help his son through life. J.A.S. © AudioFile 2017, Portland, Maine [Published: JANUARY 2017]