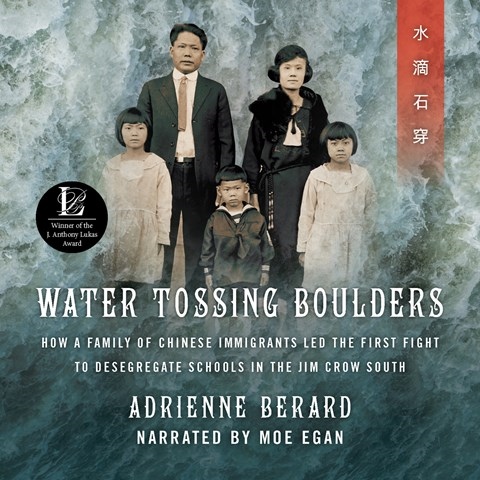 Berard provides a detailed and engaging history of the 1920s Supreme Court case that was the first to challenge school segregation laws. The efforts of Chinese-American shopkeepers to gain admittance of their children into a whites-only Mississippi school are narrated by Moe Egan at a fast clip, requiring listeners to attend closely to the complex personalities and motives in play. Perhaps that is for the best as this is a rigorous account of social, political, and legal contortions. Egan makes it accessible by maintaining the author's formal tone while making clear which party has center stage in the investigation and how the many strands of culture and history relate to school desegregation, which many people assume began 30 years later with Brown v. The Board. F.M.R.G. © AudioFile 2017, Portland, Maine [Published: JANUARY 2017]