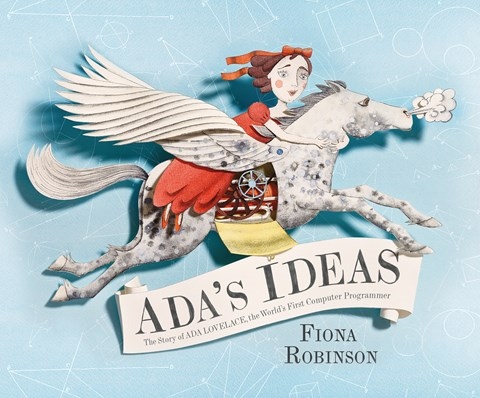 Narrator Rosalyn Landor's gentle British inflection brings authenticity to the story of Ada Lovelace, the British woman who is credited with being the first computer programmer--more than 100 years before the development of computers as we know them. Taken on visits to the factories of the Industrial Revolution and steeped in mathematics, young Ada had visions of creating the code to direct both a steam-powered calculator and an analytical engine. Landor's elocution is as precise as Lovelace's brain as inventors of the times enlist her assistance. Landor's enthusiasm comes though especially well in the sequence of Ada describing how an algorithm is like a treasure hunt. The production's background music complements the story, especially the machine-like passage that echo the Industrial Revolution sweeping across England. A.R. © AudioFile 2017, Portland, Maine [Published: JANUARY 2017]