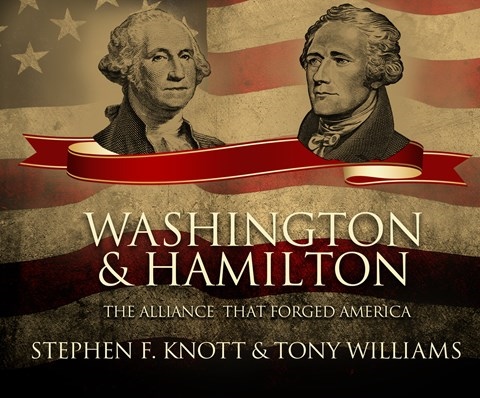 WASHINGTON AND HAMILTON The Alliance That Forged America

While Alexander Hamilton has recently captured the nation's imagination through the Tony-winning musical, this audiobook gives listeners a more thorough examination of the complicated relationship between Hamilton and George Washington. Ron Butler's narration draws listeners in as he tells the story of these Founding Fathers from their first meeting through their collaborations and conflicts as they both played their parts in creating our government. Butler's performance adds a layer of authenticity to the story of these two influential men. His clear, distinct voice and tone will keep listeners engaged as they follow America's birth through the stories of Washington and Hamilton. A.G.M. © AudioFile 2016, Portland, Maine [Published: NOVEMBER 2016]