Home»Reviews»THE FATE OF THE TEARLING 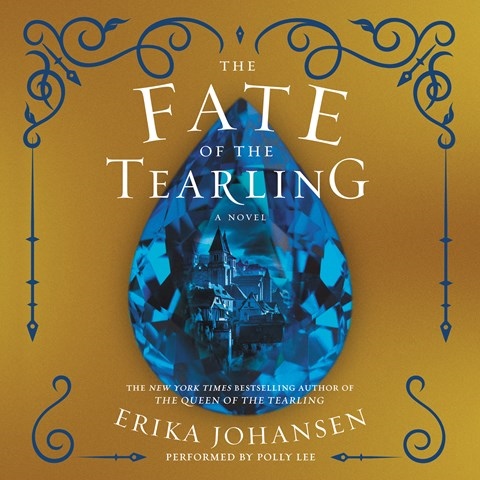 THE FATE OF THE TEARLING Queen of the Tearling, Book 3

The final installment of this elaborate trilogy opens with an imprisoned queen and a kingdom on the brink of ruin. Narrator Polly Lee's crisp British accent and deliberately measured pacing are fine qualities for an audiobook of this magnitude. Queen Kelsea Glynn has surrendered herself and her magical sapphires to The Red Queen to protect the Tearlings from invasion. While strong with her portrayals of the female characters, Lee falls short in keeping the many males distinct. Furthermore, Queen Kelsea's mysterious ties to the past bring on sudden time shifts, making an intricate plot even more difficult to follow. It's an intriguing story, but one that requires careful attention from the listener in order to follow along. E.E. © AudioFile 2017, Portland, Maine [Published: MARCH 2017]