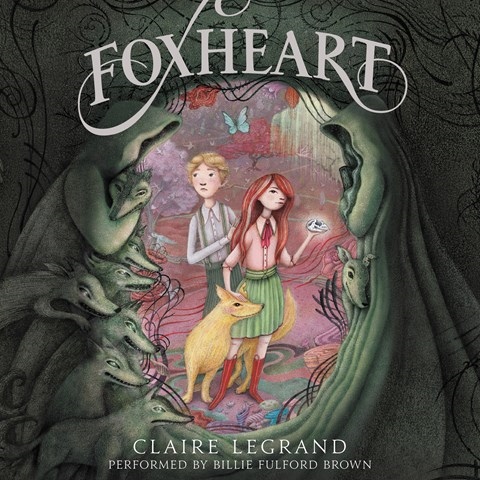 Billie Brown's narration of this horror-tinged tale of magic, time travel, and thievery will find an enthusiastic audience. The self-proclaimed best thief in all the Star Lands, Quicksilver, escapes her orphanage along with her dog, Fox. She joins a boy named Sly Boots and an older witch named Anastazia in an attempt to save their world from the nefarious Wolf-King. Brown voices the guileless Sly Boots with a childlike tone and Quicksilver's sharp temper with prickliness, giving their frequent bickering more punch. Brown manages the pacing by lingering on words and phrases for emotional effect and picking up her tempo as the action and intrigue mount. Listeners of all ages will fall in love with Fox, whose, affectionate canine voice truly shines. M.F.T. © AudioFile 2017, Portland, Maine [Published: JANUARY 2017]