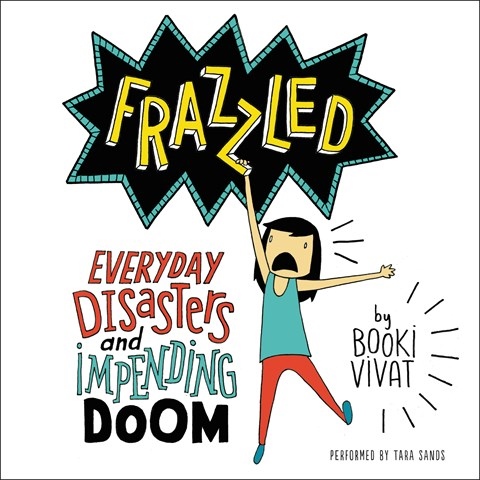 She’s edgy, conspiratorial, and more than dramatic! Narrator Tara Sands portrays Abbie Wu during her first days of middle school. Abbie is convinced that everything about “middle” is doomed and that life will be “Abbie Wu against the middles.” As she records her days and dreams, listeners may come to different conclusions. Sands embraces the whole scene and is fully believable as Abbie despairs over her nearly perfect older brother, gnashes her teeth over which elective to choose, wears her heart on her sleeve, is incensed about cafeteria food, and thinks nothing of going off on a tirade. Sands speeds up the narration in spots, mirroring Abbie’s anxious states and convictions—whether they reflect the probable or the improbable. Listeners will also chuckle over Sands’s portrayal of Abbie’s mother and her rendition of the vice principal’s voice over the intercom. A.R. © AudioFile 2016, Portland, Maine [Published: OCTOBER 2016]