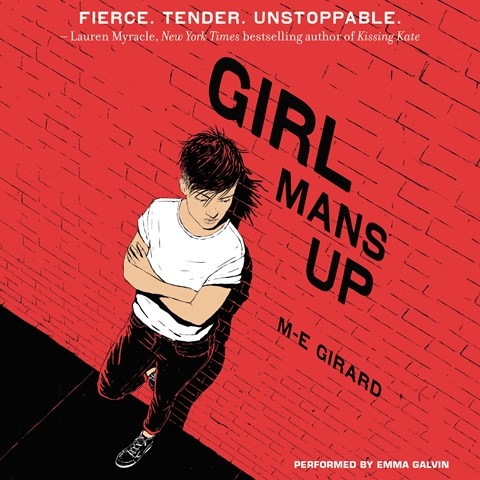 Pen has never been a typical girl, but, despite what people think, she's not trying to be a boy. She's just Pen. M-E Girard has created a rich character, and narrator Emma Galvin brings Pen's story to life for the listener. Pen is tired of people always giving their opinion of the way she looks. Galvin's plain-spoken voice will make Pen resonate with the listener as she acts tough on the outside but second-guesses herself on the inside. Are Pen's friends really her friends? Will her old-fashioned parents accept how she dresses and cuts her hair? Will a pretty girl fall for her? Girard's Pen sounds authentic, and Galvin's narration will have the listener rooting for her. A.G.M. © AudioFile 2016, Portland, Maine [Published: NOVEMBER 2016]