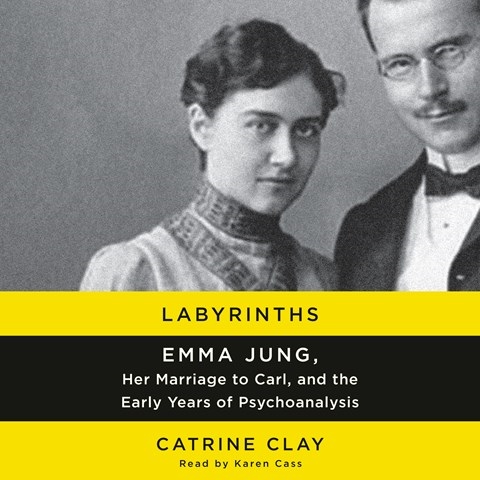 LABYRINTHS Emma Jung, Her Marriage to Carl, and the Early Years of Psychoanalysis

Karen Cass's studious and crisp narration guides listeners through the complexities of Emma Jung's marriage to Carl Jung, the eminent psychologist. The intersection of the institution of marriage and the practice of psychoanalysis during the early twentieth century provides the engaging premise for Clay's exhaustive account. Emma's role isn't merely dutiful; her partnership with Carl is rooted in intellect as Carl becomes a sought-after public academic in the era of Freud--with whom Carl eventually has a falling out. This is an invaluable historical document on personal and professional relationships in the human environment. S.P.C. © AudioFile 2016, Portland, Maine [Published: DECEMBER 2016]