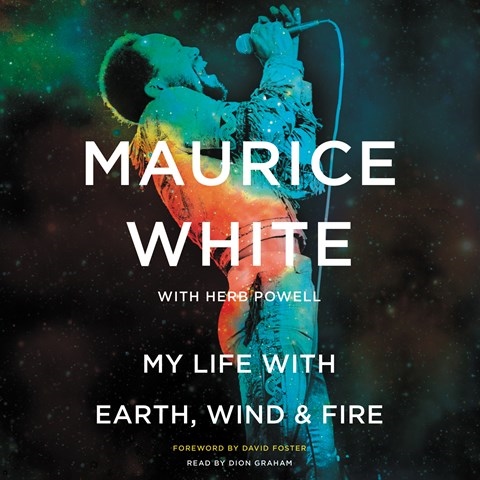 MY LIFE WITH EARTH, WIND & FIRE

The pop/R&B/soul/funk/disco band Earth, Wind & Fire is the subject of this detailed memoir by band member Maurice White. Dion Graham performs this autobiography with a smooth reading that echoes the rhythms of the band. Lyrics, poems, and music are intertwined with descriptions of this influential musician's life. From his youth in Memphis to his adult years in Chicago, White was part of the music scene, drumming and beating his way from backup band to stardom. Graham's deep-voiced reading throbs with music, especially when he recites words to White's songs. His narration is as smooth as the band's music. Throughout his career, White worked with the big names in jazz and blues, developing his own sound. Graham captures his sound and polish with every word he intones. M.B.K. © AudioFile 2016, Portland, Maine [Published: NOVEMBER 2016]