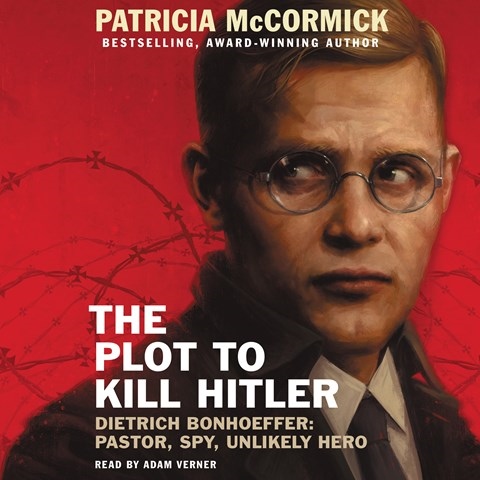 Narrator Adam Verner commendably recounts the life of German Lutheran minister and former pacifist Dietrich Bonhoeffer, who was one of the first people to alert the world to the diabolical activities of Adolf Hitler. A skillfully rendered timeline of Nazism will keep young listeners engaged, and sometimes appalled. When Bonhoeffer becomes deeply involved in plans to assassinate Hitler, revealing explanations of how his religious views permit such behavior are offered. Bonhoeffer believed that silence in the face of evil is itself evil. Verner's comforting voice is necessary when he imparts details of Bonhoeffer's death, particularly since his parents learn of it from the radio. Audio is the ideal way to become aware of this less-well-known but important historical figure. S.G.B. © AudioFile 2016, Portland, Maine [Published: NOVEMBER 2016]