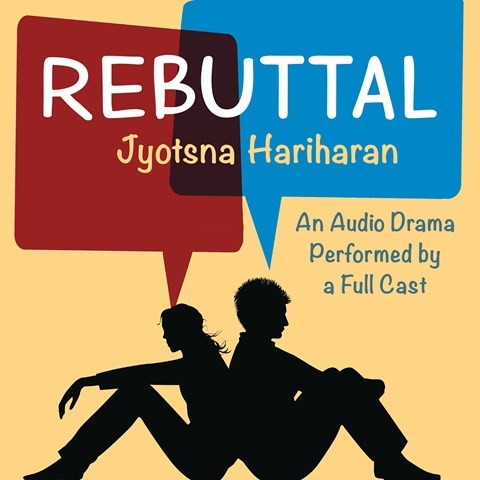 by Jyotsna Hariharan | Read by Phoebe Strole, Michael Crouch and a Full Cast

Phoebe Strole, Michael Crouch, and a talented full cast narrate the Grand Prize winner of HarperCollins’s audio drama contest. Strole and Crouch give authentic-sounding youthful voices to funny and determined teens Alex Dassan and Jeremy Beekman. The ambitious pair, who are obsessed with doing everything they can to achieve the perfect futures they imagine for themselves, accidentally become partners on the debate team. They work out their issues through their competitions, while Dan Bittner, as the announcer, attempts to keep the peace. Peter Ganim as Alex’s workaholic Indian-American father and Nina Mehta as her distant mother, who is off in India to “find herself,” provide performances that enhance the cultural credibility of the production. By turns amusing and angst-filled, this well-paced production is a good choice for fans of full-cast audios. S.G. © AudioFile 2017, Portland, Maine [Published: JANUARY 2017]