Home»Reviews»THE SUBTLE ART OF NOT GIVING A F*CK 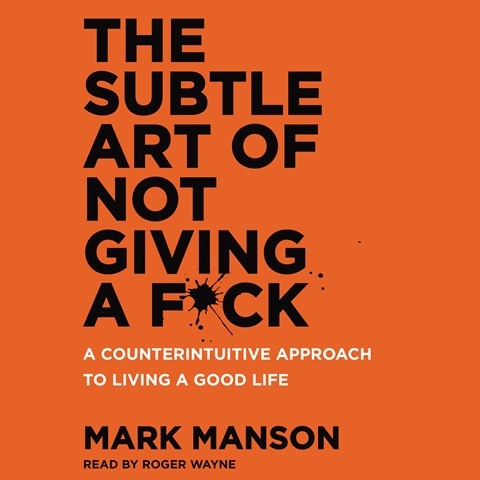 There's a lot of wisdom in this in-your-face personal growth audio, which is notable for its contrarian advice and a narrative style that sounds at once hip and adolescent. Actor and voice-over pro Roger Wayne captures most of Manson's oppositional energy, and he narrates with a lively engagement that only occasionally sounds overdone. Wayne's likability helps to moderate the writer's often bombastic writing. Manson, a popular and controversial blogger, uses over-the-top rhetoric and powerful stories to urge his listeners to be more honest with themselves, less accepting of personal growth orthodoxy, and more realistic about the suffering that comes with any kind of striving. Though Manson and his narrator at times try too hard to succeed, the audio delivers enough worthwhile ideas to make it useful. T.W. © AudioFile 2016, Portland, Maine [Published: NOVEMBER 2016]