Home»Reviews»IN THE SHADOW OF LIBERTY 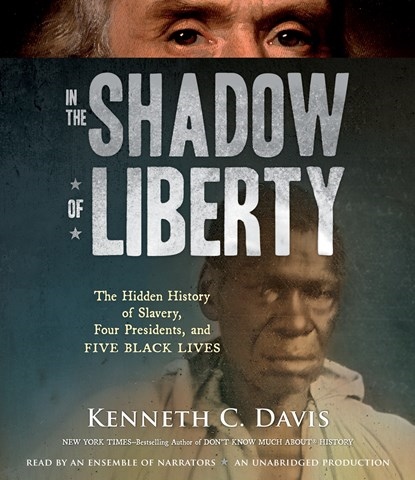 IN THE SHADOW OF LIBERTY The Hidden History of Slavery, Four Presidents, and Five Black Lives

Narrator and author Kenneth Davis brings to life five historical figures who lived in the shadow of America's Founding Fathers due to the color of their skin. With a full cast of talented narrators, listeners hear the deep emotion in individual stories that emphasize the irony of the colonists seeking freedom while keeping others enslaved. Quotes from the Founding Fathers, when expressed against the backdrop of slavery in early America, reveal this same irony, and a timeline of facts shows the deep inequality that existed not only during the founding of the nation but also for decades afterward. Using both primary and secondary sources, Davis creates a narrative that offers personal accounts of the lives often forgotten in conventional history lessons. M.D. © AudioFile 2017, Portland, Maine [Published: JANUARY 2017]