Home»Reviews»FREEDOM IS A CONSTANT STRUGGLE 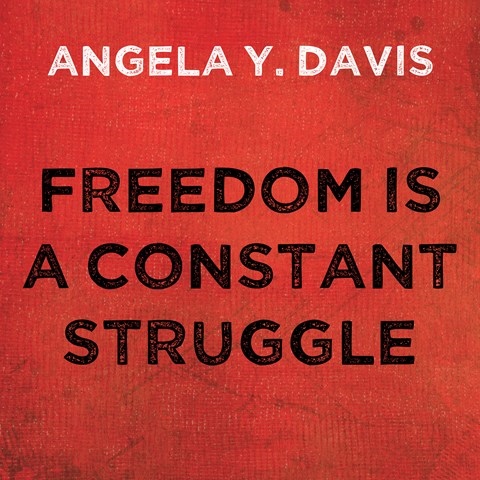 FREEDOM IS A CONSTANT STRUGGLE Ferguson, Palestine, and the Foundations of a Movement

Activist and scholar Angela Davis tackles our 21st-century notion of freedom--who has it, who is denied it, and the powerful forces that corrupt or distort it to marginalize individuals and groups. She narrates this collection of essays, interviews, and speeches with an authorial but benevolent tone as one who has witnessed directly and indirectly so much of the inequality in the U.S. and beyond. Her passion about these matters resonates in her raspy voice, which reflects a fierce desire to call out those forces that would deny anyone freedom. While details and anecdotes overlap in some areas, Davis's audiobook succeeds in capturing what has been done to ensure freedom and what still needs doing. L.E. © AudioFile 2016, Portland, Maine [Published: DECEMBER 2016]