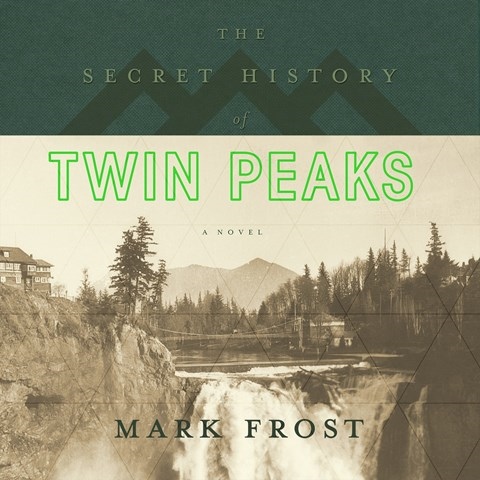 THE SECRET HISTORY OF TWIN PEAKS

With some original cast members and one of the original authors, this audiobook tells the fictional history of Twin Peaks and proves more engaging than its print counterpart. Through reports, journals, newspaper stories, and other epistolary material, this case-book narrative begins in the early 1800s and leads into the original show’s plot before moving into the present. Many familiar characters appear while new characters also emerge, setting the scene for the forthcoming TV miniseries. Each narrative within this case file is performed by a different narrator, including some from the original cast such as Kyle MacLachlan (Dale Cooper) and Michael Horse (Harry S. Truman). With interwoven entries, the use of multiple narrators significantly aids in keeping the story clear for listeners. L.E. © AudioFile 2016, Portland, Maine [Published: NOVEMBER 2016]