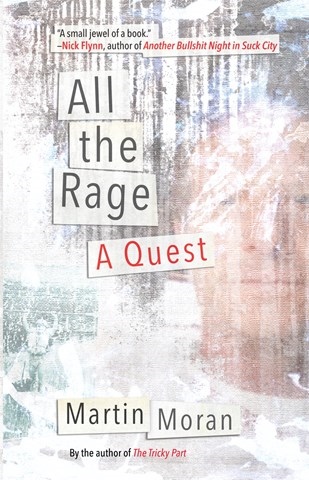 ALL THE RAGE A Quest

Actor Martin Moran wrote a book and stage play about being sexually abused as a Catholic school boy, but his creations somehow glossed over the anger everyone told him he should feel about the abuse. Reading his beautifully written account of how he reclaimed that part of his emotional life, Moran brings his appealing acting skills and keen sensitivity to the subtle ebb and flow of his story's pathos. He is absolutely engaging to hear, and his performance gracefully balances the moderation of an objective storyteller with the first-person intensity of an author-narrated memoir. Though this is a highly personal audio, he never sounds self-absorbed or overdramatic. This owes to his range as an actor, but also the elegance of his imagery and storytelling. Tucked between his engaging narratives, he conveys a remarkable ability to unpack the mental health issues surrounding abuse recovery and the reclaiming of one's whole self. T.W. Winner of AudioFile Earphones Award © AudioFile 2016, Portland, Maine [Published: OCTOBER 2016]