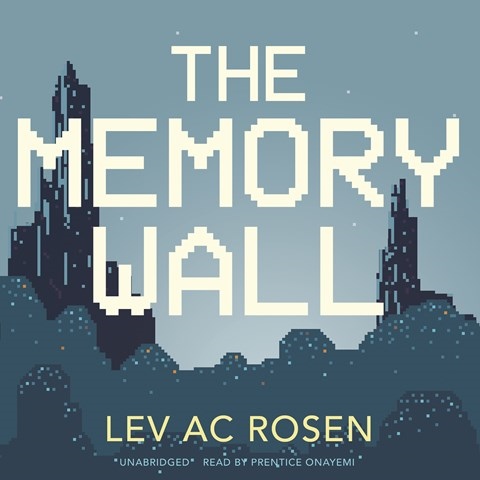 Prentice Onayemi’s subtle character creations intensify the complex life of biracial middle schooler Nick Reeves, whose mother has moved to a memory care facility due to early-onset Alzheimer’s. Denying the reality of his mother’s illness, Nick takes refuge in a video game, playing the role of Severkin, a gray elf adventurer. Differentiating characters through accent and vocal pitch, Onayemi transitions between Nick’s dual worlds. This choice works very well for the boys and men, easily delineating young Nick’s speech from that of his richly voiced alter ego in the gaming world. However, the high pitches of several women and girls are somewhat less successful. Still, Onayemi is an able interpreter of this emotionally charged novel. S.G. © AudioFile 2016, Portland, Maine [Published: SEPTEMBER 2016]