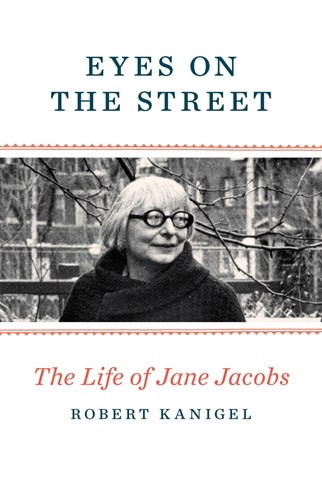 EYES ON THE STREET The Life of Jane Jacobs

The life of Jane Jacobs, one of the great intellectual heroes of the American twentieth century, makes for a fascinating listen. As a writer, without so much as a college degree, Jacobs changed the way planners and politicians think about cities; as a community organizer, she rescued downtown New York from a disastrous highway scheme of the power broker Robert Moses. Robert Kanigel tells the story of this SUI GENERIS thinker artfully and with granular detail, and Kimberly Farr performs the text with nuance and care. From Jane's successful third- grade rebellion against a hidebound teacher to her leaving her beloved Greenwich Village for Canada to keep her sons from the Vietnam war, this is a unique and important life, and a lovely production. B.G. © AudioFile 2016, Portland, Maine [Published: DECEMBER 2016]