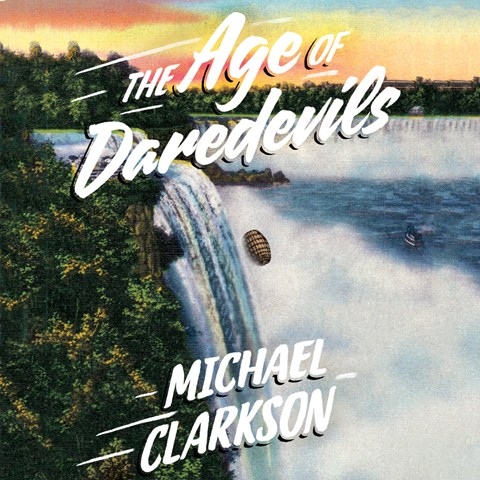 THE AGE OF DAREDEVILS

Over the first half of the twentieth century, the daredevils who tried to ride the falls at Niagara to glory were abundant. The Hill family was on hand, sometimes grimly fishing bodies from the water, throughout that era. Michael Clarkson begins this story in 1951, describing the scene as William "Red" Hill, Jr., prepares for a barrel run. Clarkson then shifts back to 1901 as Annie Edson Taylor prepares for what would be the first successful attempt to go over the falls in a barrel. Malcolm Hillgartner's narration builds tension well, making listeners feel as if they're a part of each daring stunt, maintaining excitement throughout. Even most of the successes have unhappy tinges, but this is a fascinating slice of American history. J.A.S. © AudioFile 2016, Portland, Maine [Published: OCTOBER 2016]